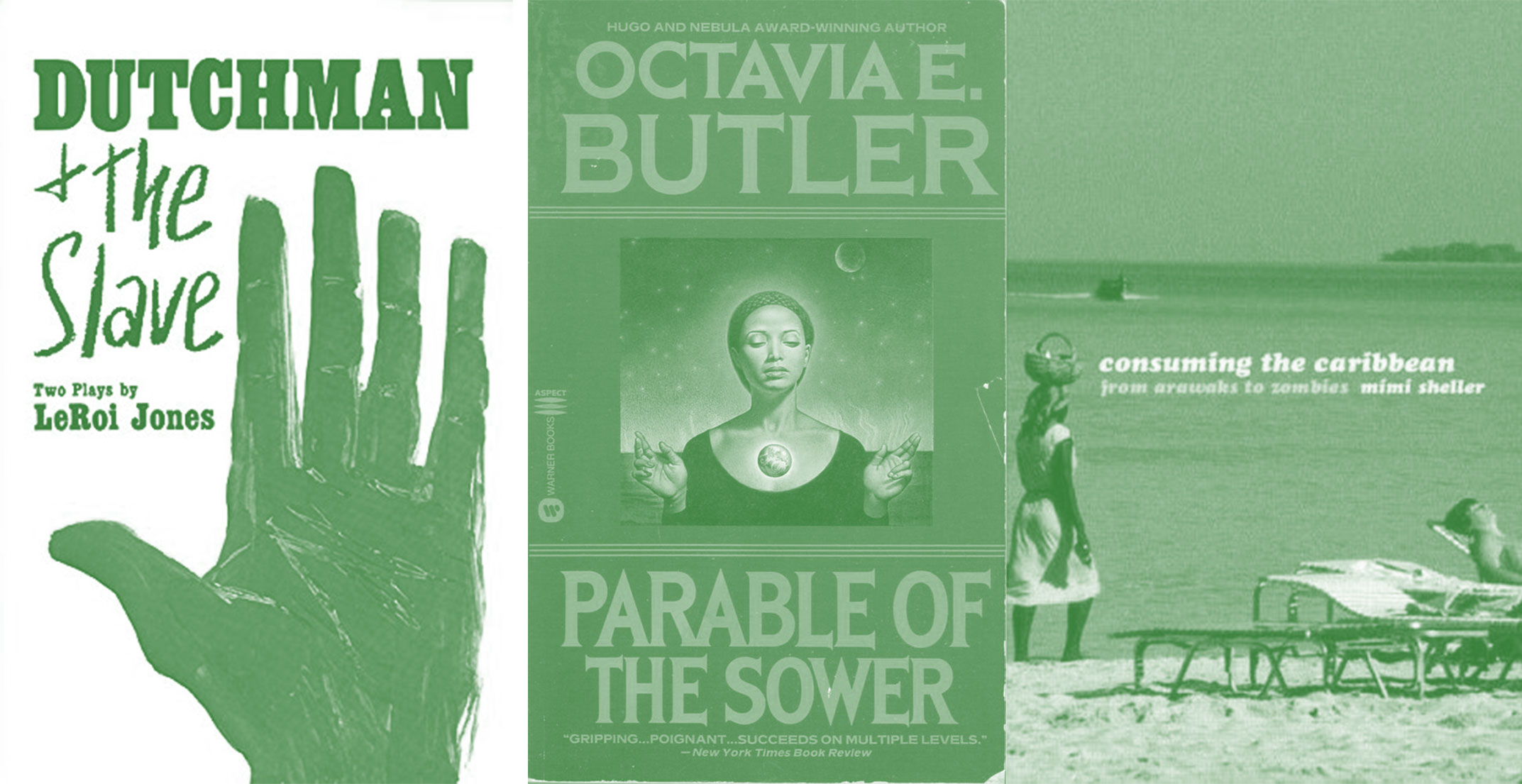 We are happy to share that The Source of Self-Regard by Toni Morrison is our official summer read.

In September we will be hosting a HAPPENING to share our meditations on this contemporary opus. We hope you will join us in reading it and come share your thoughts.
‍
In the meantime, we’ve tapped some of our favorite Yardies (aka creators) to share their summer reading lists.

How to Love by Thich Nhat Hanh
‍“I’ve been scanning this read for some time... I'm learning how to be the best me, and love fully.”
‍
Trauma & Recovery by Judith Herman MD
‍“I’ve been working on a creative project on trauma & recovery....thought it was a good title to revisit, very timely…”
‍
City of Girls by Liz Gilbert
‍“She is a great writer. This is a new piece that feels very relevant to my own female life investigations…”
‍
‍

X-Ray Architecture by Beatriz Colomina (Lars Müller)
‍“No one makes complex architectural concepts and narratives more comprehensible than Princeton scholar Beatriz Colomina. In this book, she casually explains -- in over 200 pages -- how the tuberculosis crisis that plagued most of Europe in the late 19th-Century is single-handled responsible for Modern architecture. A fascinating and fun read, even for amateur architecture lovers — and surprisingly foreboding for our current age of constant spiritual, mental, and physical self-optimization.”
‍
‍

‍The Overstory by Richard Powers
‍“Trees ... everywhere. A beautiful novel about the transcendence of these magical creatures we have lost connections with and the human struggle of reconnecting with them. The crisis of the individual in search of meaning and truth told through our one degree of separation from nature.“
‍
Sapiens: A Brief History of Humankind by Yuval Noah Harari
"Homo sapiens ... for dummies. An in-depth explanation of our evolution, its limits, its fears, and its future.”
‍
Days of Destruction by Chris Hedges and Joe Sacco
‍“It is an adult graphic novel about the forgotten places and people in the US of A addressing the consumption and disposal of resources and communities; the remnants of real-life exploitations happening in our own backyards; and the aftermath of the loss of hope.”
‍

A Year Without a Name by Cyrus Dunham (Out October 15)
“It’s so tacky to include something that’s not even out yet, but I don’t care because I am in love with this memoir about coming of age and queerness.”
‍
Normal People by Sally Rooney
‍“She writes in a way that feels untethered to time so her casual references to Kanye feel deeply disorienting. The guy at McNally Jackson rolled his eyes when I bought it because I guess it’s lit that dumb people like, but it is wonderfully clever.”
‍
Hollywood Babylon by Kenneth Anger
‍“I still haven’t gotten around to reading it, but I just know it’ll be the only thing I talk about for at least a week.”

Patsy by Nicole Dennis-Benn
“I chose Patsy because it about a working class mom who leaves her daughter. My mom left me for Canada when I was two years old.”
‍
Finding My Voice: My Journey to the West Wing and the Path Forward by Valerie Jaret
‍“I personally love Valerie. She and Tina Tchen embraced me and Marley (Dias) with all their heart. And the story of her father’s struggle to find employment in segregated America touched me. Her struggle is not necessarily the same but it mimics the experience of women I work with at GrassROOTS. It is the constant devaluing her voice despite evidence of her brilliance.”

The Spook Who Sat By The Door By Sam Greenlee
‍“Recommended by Nipsey Hussle as the name of his future retirement album…”
‍
Tears We Can Not Stop: A Sermon to White America by Michael Eric Dyson
‍“Study as reference to new work and memoir I’m currently outlining.”
‍
From “Superman” to man by J.A. Rogers
‍“It is a fearless penetration of America’s greatest problem (the colorline). It has become one of my favorite books of all time and again I am re-reading it as a reference to the memoir I’m in the process of writing.”

Artist, Director of Harlem School of the Arts Gallery

Consuming the Carribean by Mimi Sheller
‍“It was a recommendation during a studio visit about a year ago. It's so so relevant to my art and what I'm thinking about in my studio. It's dense but fascinating and comprehensive.”

Parable of the Sower by Octavia Butler
“This read has been long overdue….”

Lilith's Brood by Octavia Butler
"There are so many amazing books but Octavia Butler brings so much power and nuance to the way we navigate the world at large, a true visionary. Of hers, I’d start with Lilith’s Brood (which is a bit of a cheat since it’s 3 novels in one). I re-read it often and it's in my current rotation. The world is literally re-started from a black woman’s body. Her family’s genetic history of cancer is turned into an adaptive evolutionary advantage. (Hello Henrietta Lacks/HeLa cells!) The series is a masterwork on gender, race and who we give equal space to in our imaginary of the future."
‍

Forest Bathing by Dr. Qing Li
“Being surrounded by trees at STONELEAF RETREAT has a beautifully calming and magical effect on me and I was intrigued to learn more about the science behind it being honored in Japan.”
‍
Men Explain Things to Me by Rebecca Solint
‍“I saw a girl reading it on the subway and laughed out loud, then ordered it on Amazon.”

The Known World by Edward P. Jones
“It’s an exceptionally beautiful story actually about slaves who owned slaves. Recommended to me by Carrie Mae Weems a few months ago. I picked it up but have yet to dive into it. I plan to read it on my flight to Europe in a couple weeks.”
‍
The Dutchman by Amiri Baraka
‍“I also plan to revisit the play as a means to rekindle some of the flames of my inner poetic rage. I read a broad variety of material in hopes of becoming a more effective storyteller in my own writing.”