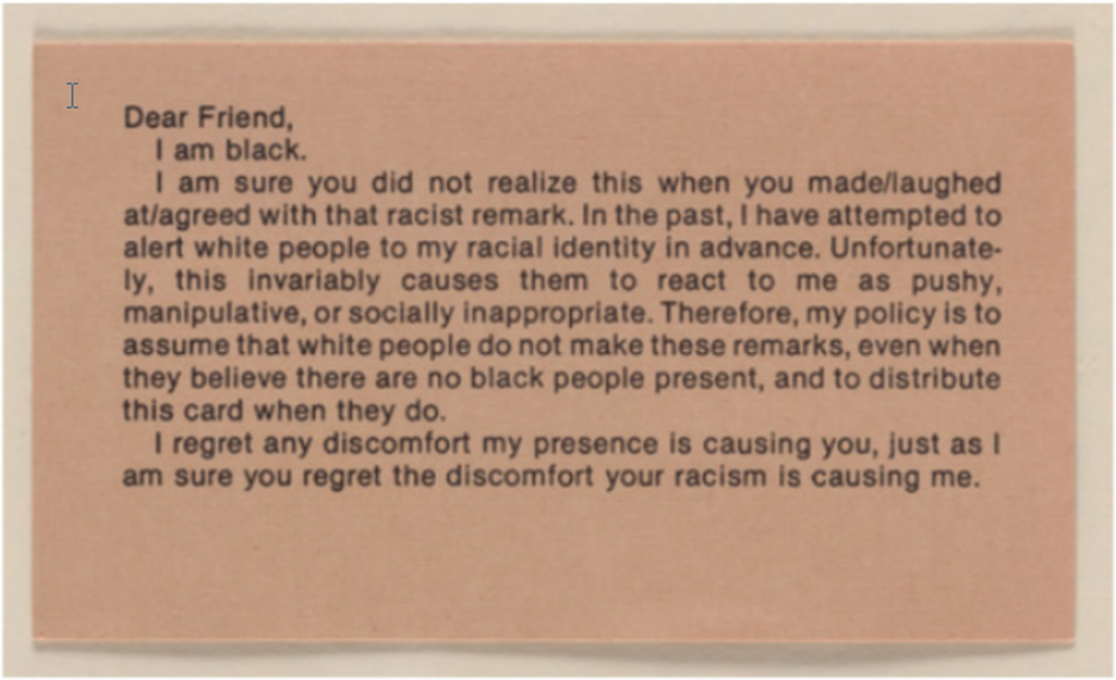 Piper frequently uses her whole body to dissect convention, getting into the ring with her “audience” in Funk Lessons, Catalysis or her meta-performances. Crucial to observe though, is how the artist maintains a concurrent track of critical distance, her oft-ironically-dispassionate voice carrying us through moments of haute tension. And so: an art of great physicality and the greatly analytical, it is the form and content, both, that point us to modes of multiplicity. In my own life, I’ve named these racist dinner party wobbles the “Big Black Bouncer Moment”: when a White guest spices up a personal story by pointedly referring to a character’s Blackness. Blackness as evidence of a perceived threat level; Blackness as melodramatic device, preceding the safe denouement. Rarely does the animated storyteller note my own freshly stiffened pose, a body alert to threats it, too, perceives. They named them micro aggressions huh? An absence of sticks and stones? Oh just Fawn already, laugh it off. Freeze, and sit in silence. Take Flight, go exit quietly. But please, dear friend, don’t Fight. You’re Black but you don’t have to make a thing about it, do you?