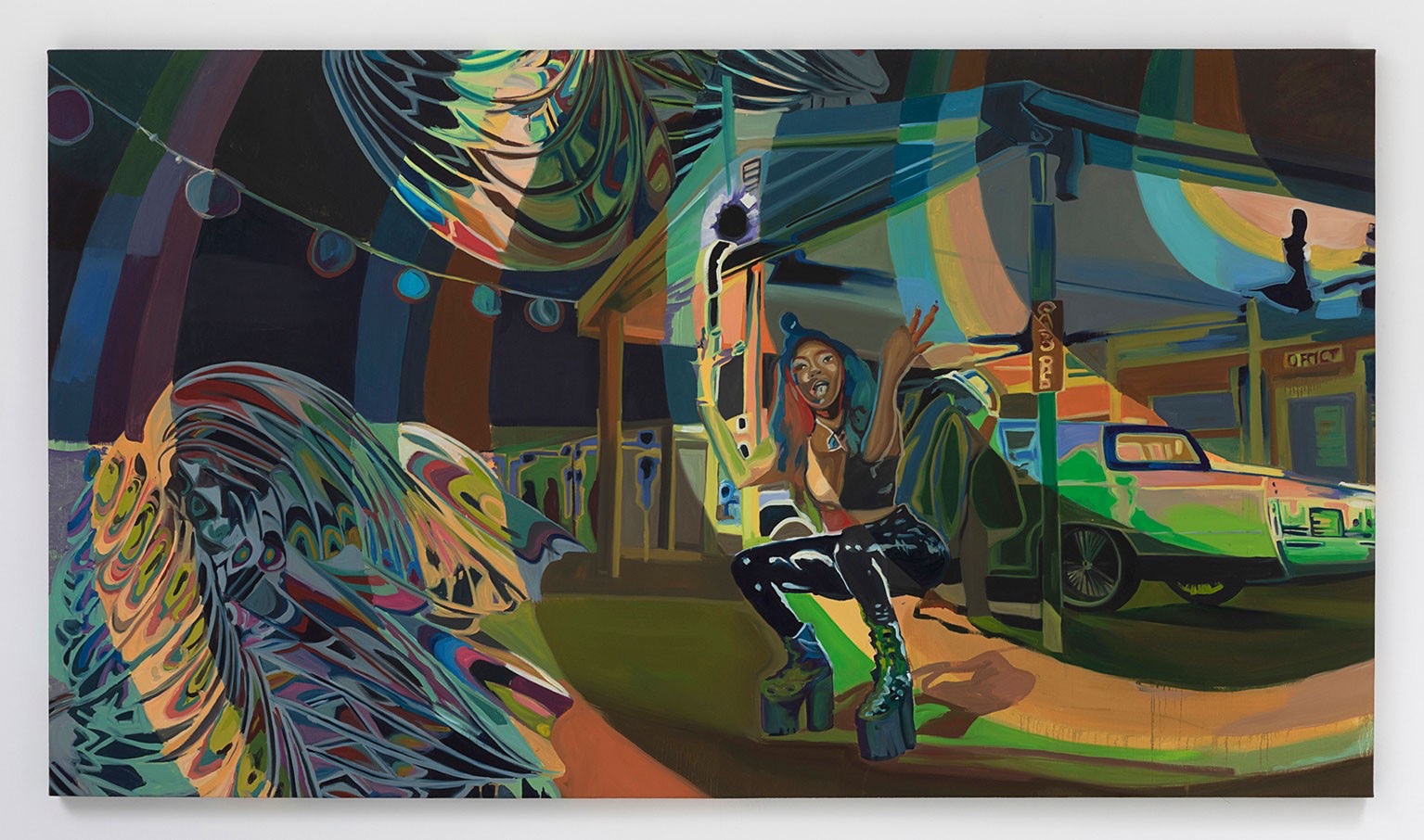 My posture regarding Black women who dance naked for money has been profoundly shaped by the American political and economic context. Out to dinner in New York with a colleague a few months back, I found myself stepping further into a position that I’m refining as it relates to twenty-first-century Black feminism. In particular, the hypothesis is that the Black strip club is a site generating significant advancements in contemporary feminism because the Black millennial female avant-garde have co-opted its attendant symbolism for their own cultural and economic gain. “All of that is well and good,” responded my rich and POWERful female friend, “but you wouldn’t want your daughter to be a stripper, would you?” I suggested, “Well, you’ve got to think about it more expansively. What I want is Black women free from being demeaned by work. Under the conditions of American capitalism, the only way for us to do this is to escape wage labor.”

HS: ...and I think part of the charm is that you were in a strip club and then all of a sudden you got this huge career. And people like that; they identify some way.  And truth be told, the strip club - was it a horrible existence? Did you hate it? Did you come to like, hate all men? Cuz I mean, I seen some weird shit go down in strip clubs.

CB: You wanna know something like, I feel like a lot of people want me to lie and be like, ‘I hated it; I went through so much things.’ I don't recommend it; I don't tell girls to go do it, but it's just like, I'm not even going to...I’m not even gonna front - it really saved me, like it really saved me. Like, before I was working in the strip club I was a cashier at Amish Market...

HS: Right, and, being a cashier didn't go too well for you. You got fired right?

CB: No, nah it's not that I got fired, but it's just like, I couldn’t move out the situation that I...I didn’t want to live with my ex-boyfriend in his mother’s house, but I couldn’t even afford to get a...to live in a room.

HS: And you were a good student. I mean yea, you got in trouble in school and stuff, but you went to a performing arts school, right? I mean you..you...you...had a good education...

HS: You were in college…

HS: And uh, but eh, you know, you go and try to make some money so you’re working at this supermarket. And didn’t your boss say to you, You know what? You’d be better off working at the strip club across the street..’

CB: Yea like, he didn't say, ‘you'd be better…,’ he was just like, ‘you have a nice body I'm telling you, you should just work across the street. They make so much money, you look like one of those girls. I'm telling you, you going to....’(performing an impression of his accent). He was Turkish...

HB: Were you nervous to go over there for, and...don’t you have to audition?

CB: You have to audition and then on top of that like it's like, I was really scared because I don't know the type of things that go down in there like you know... I'm so young and everybody just down shamed stripping a lot... and I feel like, ‘oh my gosh do you have to do any sexual activities?’

CB: And I was ashamed that I was dancing naked.

HS: Fully nude or with bottoms on?

CB: With bottoms on.

CB: I just still felt so ashamed for like, the first couple of months I used to cry after work like, cuz all I used to think is like, I can only imagine how embarrassed my parents will be. The imagery of my mom and my dad came to my head when I used to give lap dances. Like, I'm so ashamed of myself but then it's just like, ‘I made five hundred dollars today,’ and then it started to, ‘I made two thousand dollars then and I made…

HS: Did you have to tell your parents you were working in a strip club? Cuz at some point they probably said, ‘where’s she getting all this money from?’

CB: I told my parents that I was babysitting some really rich white folks’ kids…”

*Cardi B, Howard Stern, and the in-studio producers heartily laugh*‍

I am currently reading Jayna Brown’s spectacular study, Babylon Girls: Black Women Performers and the Shaping of the Modern,(4) wherein the professor and scholar assembles an extensive history of the ways that fin-de-siècle American Black women used performative dance as a means of reclaiming corporeal freedom and exercising unprecedented POWER. Like Cardi B, each of the named and unnamed performers in her book deeply comprehends that wet nursing, washing clothes, birthing slaves, scrubbing floors, sewing, and washing dishes would not afford them any radically new uses of their freshly-Emancipated bodies nor the spiritual and economic means to move throughout the world as they pleased. Launching her work from the premise “that the body is a fundamental location to look for forms of response to regimes that are, in the first instance, based on the very fleshy practices of violence and physical coercion,”(5) Brown turns to performative dance to find novel corporeal expression among Black women one generation removed from slavery.

As a result of her studies, Brown finds what I find when I listen to Cardi B, recall partying at Magic City during my college days, and observe in the five works of art that I’ve chosen to accompany this essay: members of a Black female avant-garde claiming POWER over their destinies in spite of racist and sexist conventions thrust upon them by Black Respectability Politics and White Supremacy. Both of these conventions serve to distract Black women from the bottom line realities of capitalism, which mandate that capital and intergenerational wealth are the only guarantors of individual autonomy.

Moreover, the qualities that make each work so rich are themselves a response to the unique conditions that these conventions create in the lives of Black women - a complex register of time in response constant, deadly surveillance; a unique relationship with race stemming from ubiquitous sexual concubinage on slave plantations; and an expansive notion of womanhood because their relationship to labor, blackness, and maleness leaves them singularly unprotected by American law and custom. All of these contribute to the unique suite of aesthetic strategies that these artists so cleverly employ that allow their work to signify on multiple levels to wanted and unwanted audiences alike. Here, Camp, farce, race play, sex appeal, and ambition are not strategies to avoid at all costs. Instead, they are a means by which women burdened by the most impossible combination of expectations and realities can distract their overseers from the fact that they are living life on their own terms. This is precisely the conclusion that these conventions aim to thwart.

Kenya (Robinson) and Qualeasha Wood smirk back at The Gaze. Kezia Harell dreams in mythological, comedic, and fantasy genres. Cardi B puts on a show since you want to know “why” she chose to strip to get free. And Caitlin Cherry paints a version of Black womanhood influential enough to make the Kardashians billionaires, yet mysteriously absent from the art world’s recent obsession with the Black figure. Each work is paired with a relevant quote from Brown’s treatise so that we might see their work in the context of this important lineage of the Black American, female avant-garde.‍ 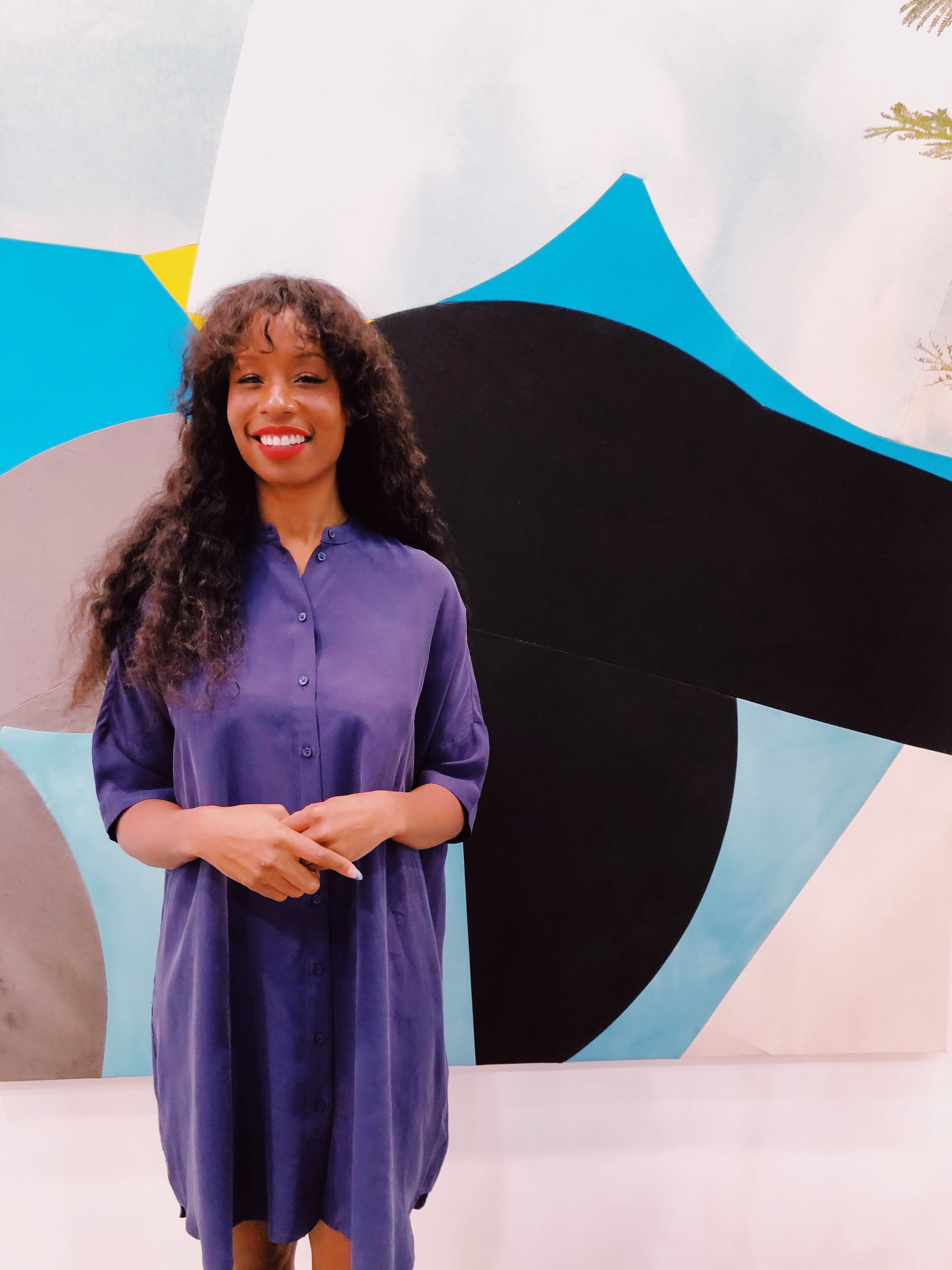 Kendra Jayne Patrick directs an itinerant, eponymous art gallery based in New York City. The program is focused on exhibition-making and symbology related to the twenty-first century avant-garde, specializing in post-conceptual and post-internet sculpture, digital, photography, and painting.