Power is something I’ve always struggled with. I’ve wanted it, acquired it, dispersed and divested from it, and even lost it. It stems from the upwelling of energy in a forceful motion, concentrated in movement across space and time.

Power is based on belief. Our belief in ourselves actualizes our individual power, and people’s belief in others expands the influence of that power. On a social level, we’ve been conditioned to be blind to our power, and to concentrate our energy on the power and influence of others, especially organized, structured power. This condition has resulted in generational complacency and helplessness, which has historically hindered change. Partially because these feelings of both complacency and helplessness create an apathetic attitude of “this is just the way it is.” Power has also been notoriously coupled with force, and that has created a paralyzing fear that has crippled countless movements directed towards the formation of a more equitable world. Now, as we approach the Summer of 2020, which I’ve dubbed the Black Summer - triply for the current focus on racial injustices that directly impact Black people, the memory of the bloody Red Summer of 1919, and because black is the default color of text across social media platforms where much of these uprisings are initiating traction and where the notion of power and its uses have been completely transformed.

On a personal level, my power dynamics are consistent only in their transience. I am the absolute of, I am subservient to, I am invisible within, all these modalities that coexist within the range of power, or the presumed lack thereof. But power is energy, and thus never dies, only transmutes. This transience, I believe, is in all of us. Often we think of power within grandiose ideals, glorifying omnipotence, but we must remember that it is the most ignored, insignificant being who has the greatest capacity to enact change, and that their power is equal to that same omnipotence. I say the most overlooked being has the most power because, when you are on the fringe, existing in an invisibilized position, it allows for a deeper, more intricate understanding of the dynamics of power, and also the flaws of the structures that maintain that power. All it takes is the right shift, the opportune moment, and the spook who sat behind the door to upset the most deified god. The illusion of time presents a unique case where longevity acts as a determining factor for levels of power; it can also be viewed as the length of time that it took to dismantle the existing power structure instead of the mere maintenance of it.

Having power and exercising said power are also two very distinct things. One can amass an immense level of power, can do nothing to influence anything outside of self. On the other hand, one can amass power and disperse it and have the ability to create great change. Power is subject to the possibilities that it presents. It's up to individuals to decide what to do with it.

What I sparked, as an artist, curator, thinker, a being who exists freely in her own world, is something that has given me more power than I’d initially recognized. At first, I shied away from that power, having been already afraid of my power on an individual level. Instead of engaging that power, I ignored it, only to be transfixed at the level of growth, both inside and outside. As I accumulated more influence I also recognized the sanctity of it and chose to use it sparingly. I am someone who walks into a room and people notice, but they don’t know why. Most never find out. The ones who need to know, know. I care not for iron fist rulers, nor do I care for performative actions. I show up for others the same way that I show up for myself. If I am not at capacity to engage my power for myself, how can I engage it for others?

I am witnessing firsthand the power of one voice, from one word. “Enough!” 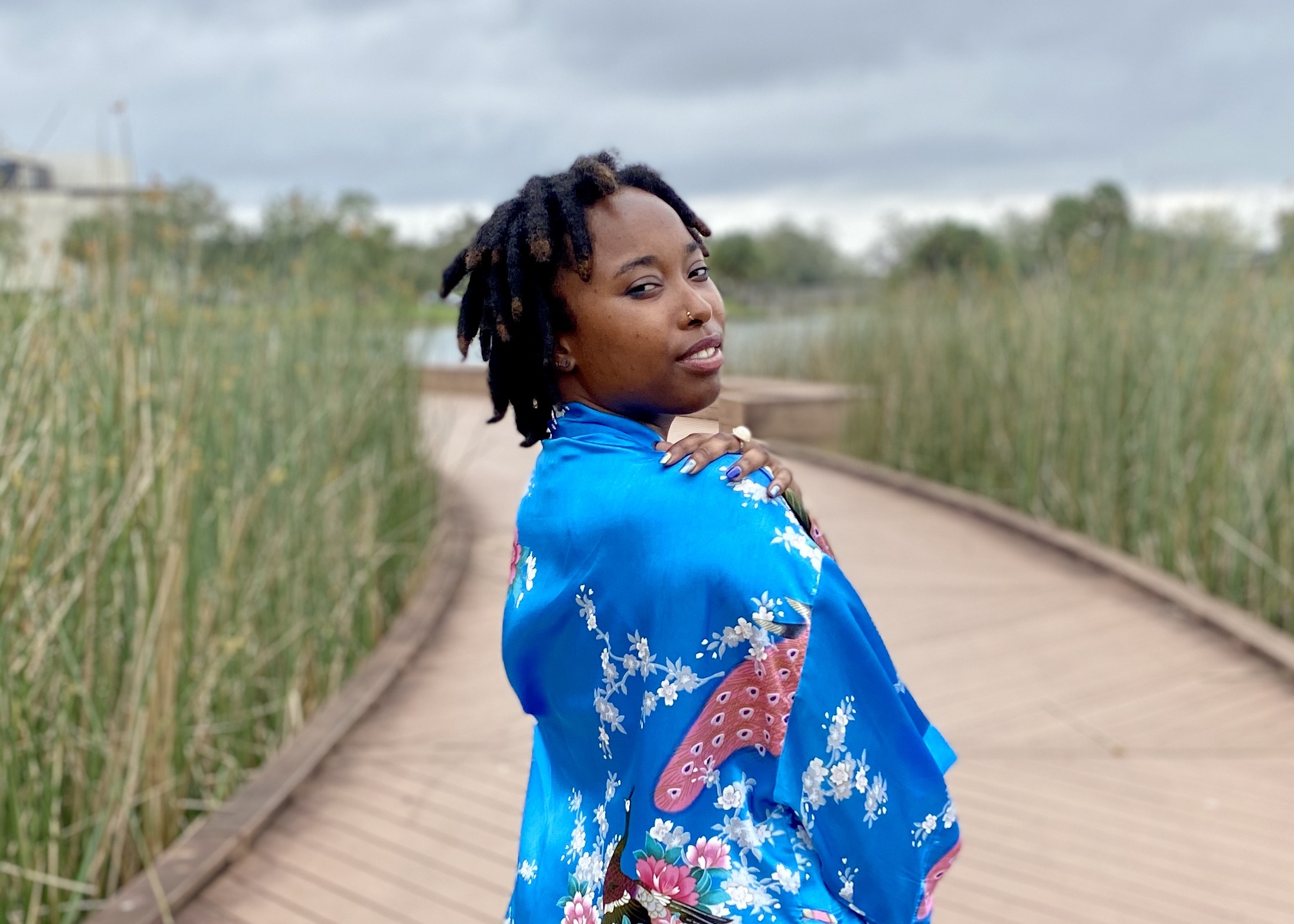 Renee Royale is an independent curator, artist, writer, and media strategist. She is the founder of Support Black Art, and has curated exhibitions in and worked collaboratively with various art galleries, museums, fairs, and alternative art spaces in New York, New Orleans, and Barbados. Her writing has been featured in Departures, the New York Observer, the International Review of African American Art Vol. 28, and the Black Aesthetic Volume III. Her practice centers alternate ways of experiencing art, utilizing innovative methods and modern technology to break down socioeconomic and institutionalized barriers for a more equitable, authentic art world.