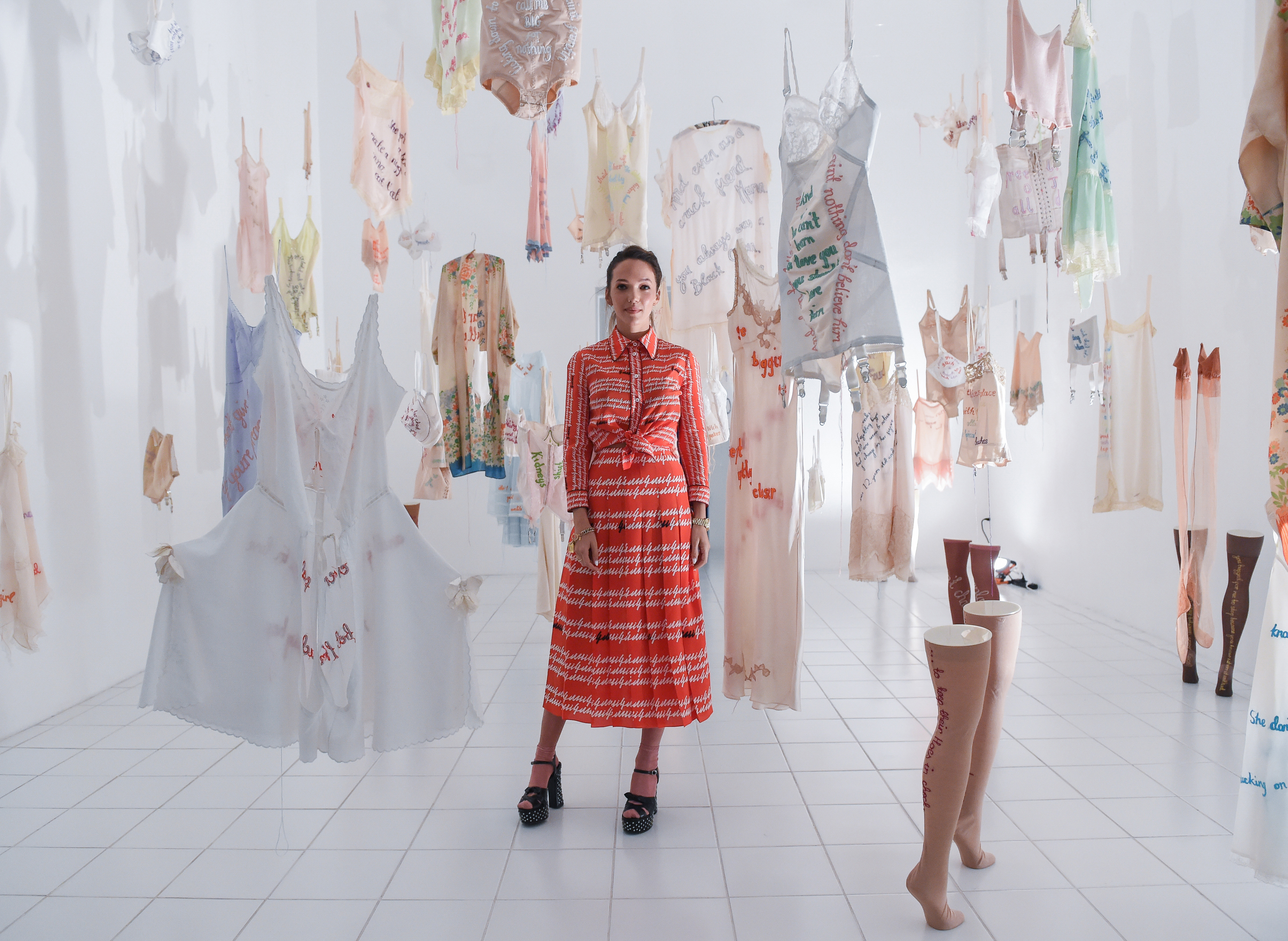 I remember my Dad walking into the room when I was about 3-years-old and assuming I had broken something I hadn’t. He made the split-second decision to slap me very hard across the face and I ran to my mother, who cradled me. I remember looking in the mirror sometime after at my red cheek and realizing that I was more hurt by the injustice than the slap. I didn’t break the thing and he didn’t even allow me to speak on it. I think, honestly, that was when the hierarchy of power, morals, ideals, and having a voice became super important to me!

My folks both wielded their power, politically, to effect positive change - particularly my mother. I grew up with the idea that one can, and must speak truth to power. However, as you can see by the above example, that wasn’t always how things worked in real life, in my home. I grew up in Hackney, East London, where violence and sexual violence was just an accepted part of the culture. As early as nursery school I learned that being in a female body meant living with a fear of having your power taken away from you, and that, should it happen, is just part of life. A small micro example of this were the schoolyard games called “Kiss Chase” and “Feel Ups." Boys would chase girls into the outside toilets, and if you got caught you had to let them kiss you or touch you. Sometimes “feel ups” would involve groups of young boys on one girl. Those games were going on from when I was about 5 to10-years-old and it didn’t strike any of the teachers as problematic. It should go without saying that it was problematic, as it was one of the things that contributed to the rape culture of that time and place, and very early on in life too. I remember the chase part being thrilling, as it is with any game of tag or hide-and-seek (I still get a rush of adrenaline playing tag with my daughter), but I also remember the times I got caught as being very uncomfortable and feeling grossed-out by the experience, grossed-out by my own body, as well as ashamed.

There’s how I feel about power intellectually, and then there are deeper ingrained paradigms concerning power that are completely at odds with my world view. For example, I have a very entrenched "Ride or Die" way of being in relationships with men. This concept of loyalty means standing by your man no matter what he does to you and others. That’s not true power. That’s not sharing power. That’s letting someone take your power away from you. I “know” this, and yet I have fallen victim to this dangerous way of being. But I am relearning. Now at age 34 I’m finally unpacking my attitude towards loyalty and power and vowing to dismantle within myself that which contradicts my innate understanding of love, empathy, and kindness.

I have practices and tools that I believe are helping me to harness and lean in to power, and not be apologetic or ashamed of it. One way is by connecting to the essence of the powerful women in my life, as well as the female ancestors in my lineage on the other side. There have been times I’ve needed them and have needed to draw from them. When I was giving birth, I imagined that my grandmother was a spiritual midwife present and cheering me on, I let the room fade away and went inwards, calling on the strength of my mother and aunties and the friends I surround myself with who have become sisters.

Another practice that I’m doubling down on right now has to do with connecting to the intuitive wild aspect of one’s psyche. I learned this years ago, with a Jungian psychologist who had me imagine a larger, more powerful version of myself - an alter ego of sorts. I named her and got to know her. I realized she’s always been there. She’s fought for me. She’s gotten me out of many sticky situations and she creates all my work for me too. He also mentioned that I never thank her. So I’ve started to! I will literally end a day at my studio with a little offering at my alter to her, and to the divine, thanking them all and detaching myself from the outcome of whatever I made that day.

I guess one of the exciting things about this time right now is that we’re seeing a lot of individuals shed their skin and start challenging their internal biases as well as question what it is they’re doing to solve the current problems of racism, white supremacy and bigotry, and misogyny. I wasn’t expecting to see so much awakening, and this awakening is the harnessing of power by engaging in vulnerability.

‍ A Yardie question: What are you reading now?

I’m reading Dance of The Dissident Daughter by Sue Monk Kidd which is right up my ally currently. I have a complicated relationship between my spiritual tradition (which is of the Vaishnava lineage), and my Feminism and wild femininity. This book explores what it is to have a spiritual journey whilst experiencing a feminist awakening. ‍ 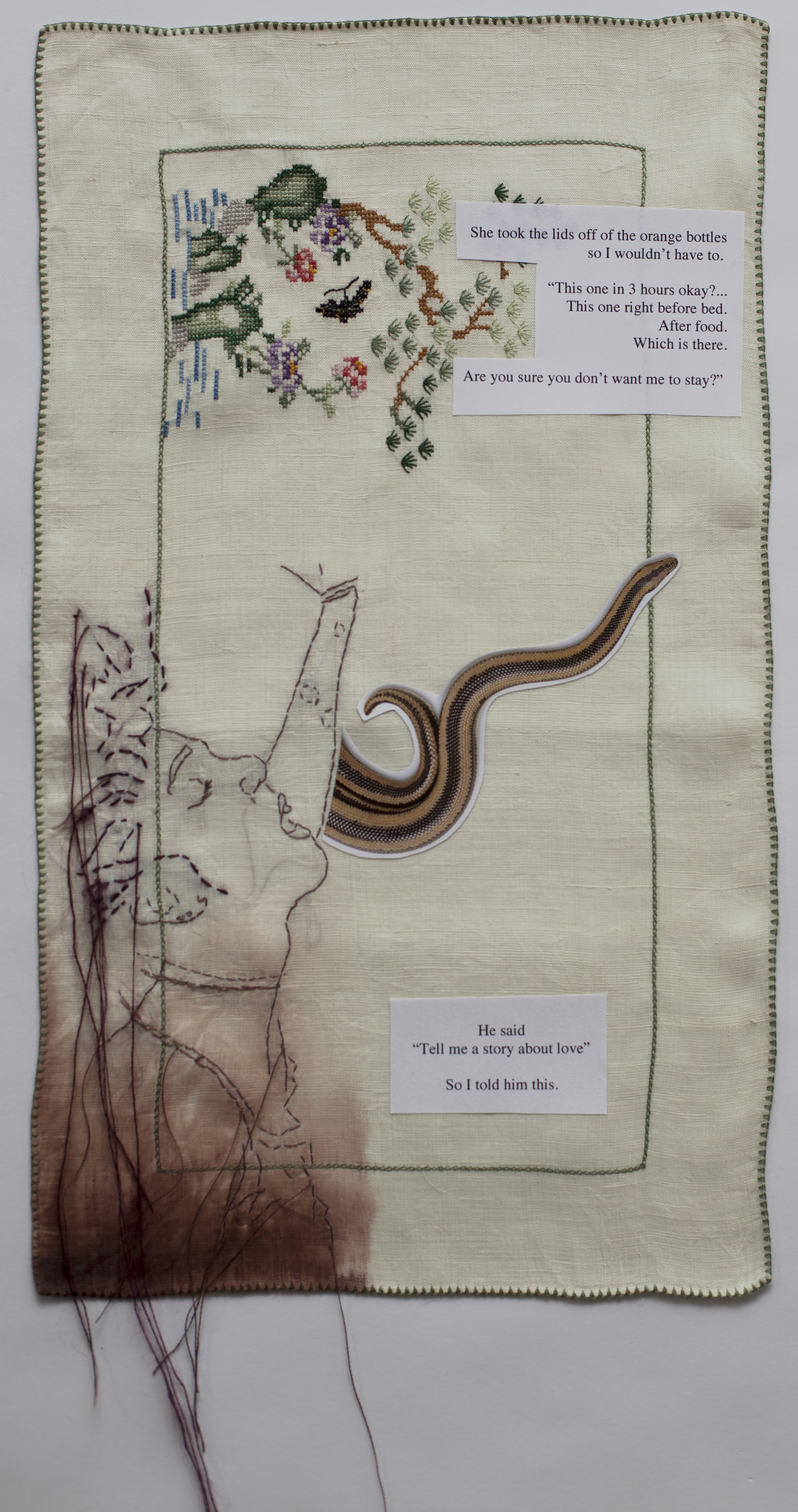 Zoë Buckman (b. 1985 Hackney, East London) is a multi-disciplinary artist working in sculpture, installation, and photography, exploring themes of Feminism, mortality, and equality. Buckman studied at the International Center of Photography (ICP), was awarded an Art Matters Grant in 2017, The Art Change Maker Award 2019 at The New Jersey Visual Arts Center, and The Art and Social Impact Award 2020 at Baxter St NYC, and completed a residency at Mana Contemporary in 2017. Buckman lives and works in Brooklyn, NY.